Why Planes Can’t Reverse – I was flying to San Diego the other day, and after having nestled into my window seat, I started to watch the other airplanes taxiing around. And suddenly, I realized that I’d never seen a single plane moving backward on it’s own. So, the question was, “Can airplanes actually move in reverse?” Despite what many people think, moving backward isn’t entirely impossible for an aircraft (of course if we talk about traveling on the ground).

It’s another matter that they never do. Some planes can perform a so-called “power back,” which is the very thing that makes it move in reverse. In this case, a plane’s jet engines direct the thrust forward instead of backward. Jet airplanes can use the reverse thrust if they need to brake as fast as possible after the touchdown, or when they need to make an emergency stop.

But in Europe, mostly smaller aircraft with propellers tend to use the reverse thrust method to go backward, while in the US, even larger jets can sometimes perform power backs. Anyway, if planes can potentially taxi backward, why don’t they? Apparently, for several good reasons. First, the reverse thrust takes a lot of effort. 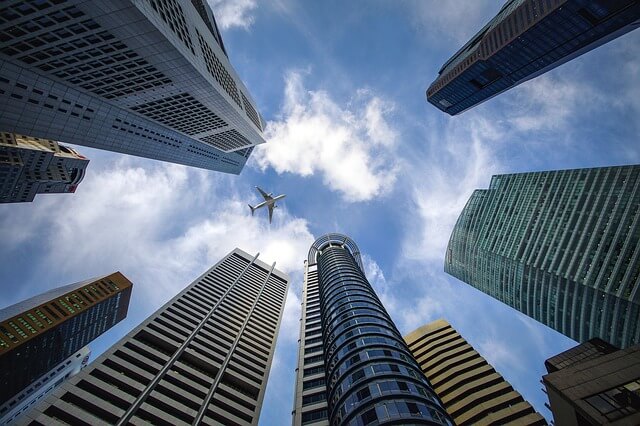 As a result, the noise produced in the process is literally deafening. Secondly, an engine running at full reverse thrust is a serious safety risk. Powerful air streams propel debris lifted from the ground at an incredible speed. Small metal objects are the most dangerous among them because they can crack terminal windows, hurt ground personnel, and even hit the fuselage of the plane itself.

On top of that, to make the reverse thrust as effective as possible, the plane’s engines must work at full blast. But in this case, they spend much more fuel than usual; and more fuel means more money. Way more money. Also, when the plane uses the reverse engine thrust, it produces too much CO2, also known as carbon dioxide gas.

And this gas is one of the main culprits when it comes to global warming and air pollution. Steps are currently being taken to reduce these CO2 emissions; so doing anything that increases them would be counter intuitive. And finally, when a pilot applies the brakes while moving backward, it can potentially cause a tail strike.

Related :  Why Toilet Paper Is Only White

In this case, the tail of the aircraft hits the ground or some other solid object. And even if this accident seems to be minor and non-dangerous, it can still cause some hidden damage to the plane. That’s why, after any tail strike, aircraft get thoroughly inspected and repaired to prevent more serious accidents from happening in the future.

So, theoretically, when taxiing, some planes can move backward. But can they fly in reverse? Well, most experts are surprisingly unanimous when responding to this question, and their answer is a firm “no”. The reason is the way the airplane wings work. Usually, they produce just enough lift to keep the aircraft in the air.

Start moving backward – and the plane will plummet from the sky like a rock. On the other hand, there’s one exception to the “no-flying backward” rule. If the wind is extremely strong, and the plane’s flying at its minimum speed, the aircraft will be moving backward relative to the ground. But mind you, the plane still believes it’s flying forward since its speed is enough to keep it in the air.

Right, now I understand why airplanes can’t move backward. But there are a few other questions that I’ve always had regarding aircraft, like: can planes fly right into space? Could they replace rockets one day? Impossible. At first sight, you might think that air isn’t a real substance since you can’t see it.

But with a powerful wind blowing, you can’t mistake its presence anymore. In fact, it turns into the very thing that keeps planes aloft. But let’s see what happens when it comes to space. The higher you go, the thinner the air becomes, until there’s hardly any air at all. This means that neither large wings with a clever shape, nor powerful engines, will help a plane to climb very high anywhere near the vacuum of space.

So, yes, unfortunately, we do still need those rockets to get into space. You might know that while flying, planes emit insane amounts of CO2. But nowadays, we have electric cars that seem to be much more eco-friendly. Then, isn’t it possible to create electric airplanes? Well, it’s all about the amount of energy an on-board battery can store.

Unfortunately, even the best one is still 40 times less efficient than jet fuel. But if batteries get redesigned to store more energy, they’d be way too heavy! And when it comes to airplanes, the amount of weight they carry is of the utmost importance. That’s why, at this moment, passenger airliners keep using good old jet fuel.

Do you think electric airplanes will appear any time soon? Let me know your opinion in the comment section below! Also, why can’t planes take off when the weather is too hot? Do their engines overheat and start to malfunction? It turns out that’s not actually the reason at all! The problem with extremely hot temperatures is that planes can’t generate enough lift to get into the air! And if there’s no lift, there’s no flight.

To generate this lift, the air around the plane has to be dense enough. But once the temperature rises, air molecules start to spread, which results in low air density. The wings won’t have enough “stuff” to push against, and will be unable to produce the necessary lift. Case solved. My next “can-airplanes” question went like, “are aircraft able to fly through hurricanes?”.

I was astounded to learn that hurricanes were not as disruptive to flights as thunderstorms! Why not?After all, hurricanes are massive! They spread for hundreds of miles, and their effects can linger for days afterward! The thing is that most hurricanes form at a much lower altitude than thunderstorms. As a result, a plane can easily fly over parts of a hurricane.

Related :  This Super Volcano Has Scientists Freaking Out

Naturally, no commercial airliner will ever fly through the eye wall of a hurricane, where the weather is the most severe, and the winds are the most forceful. But flying further away from the center of a hurricane presents no danger to planes,mostly because they travel over the top of it. As for a thunderstorm, it can create a gigantic cloud structure with the top reaching more than 60,000 ft! That’s way higher than the average cruising altitude of commercial planes, which is about 35,000 ft.

That’s why, when an airplane comes across a thunderstorm, pilots must either find away to go around it or simply turn back. Ok, but what about flying through tornadoes? Can planes perform such a feat?Absolutely not. The destructive combo of a tornado’s forward motion, the tons of debris caught in the process,and the super high rotating wind speed would destroy any aircraft the tornado meets on its way.

That’s why pilots try not to get any closer than 20 miles away from a tornado. As for flying over a tornado, it can turn out to be just as dangerous because the effects of this natural phenomenon can go well beyond the plane’s maximum cruising altitude. A hailstorm is also not something you’d want to fly into while sitting on a plane at a high altitude.

The consequences of such an encounter won’t be too dramatic, but the plane would most likely be damaged. If the hailstones are large, they could even destroy the plane’s engines and cause a forced landing. Unfortunately, it’s hard to detect a hailstorm until you run straight into it. On top of that, hailstones can be caught in an updraft and thrown dozens of miles up above the top of the storm.

Even an airplane cruising well above the storm can be hit by hail. And then, the damage can vary from broken windshields to ruined engines. Bottom Line: When weather systems.