Why Planes Dump Fuel Before Landing – Picture this, you’re nestled cozily in your window seat on a jet airliner when suddenly, you notice weird white spray coming out the back of the wing. Is something wrong with the plane? Are you going to crash? No need to panic! At this moment, the pilots are performing a standard procedure called fuel dumping.

But the reason why they get rid of fuel, which is by no means cheap, is another story. So, it’s not totally uncommon for airliners to dump fuel while flying; what’s more, pilots do it intentionally. At first, it may sound like a huge waste. See for yourself: a mid-sized Boeing 737-300, designed for short and medium-range flights,uses about two and a half tons of fuel per hour of travel.

The price of jet fuel is more than $600 per ton, so that means that while flying such a plane, you spend approximately $1,500 per flight hour. In other words, when a jet travels from New York to Los Angeles, which takes four and a half hours, it burns nearly $7,000 worth of fuel. I would say that’s impressive. So, let’s figure out why pilots literally throw away a fortune! 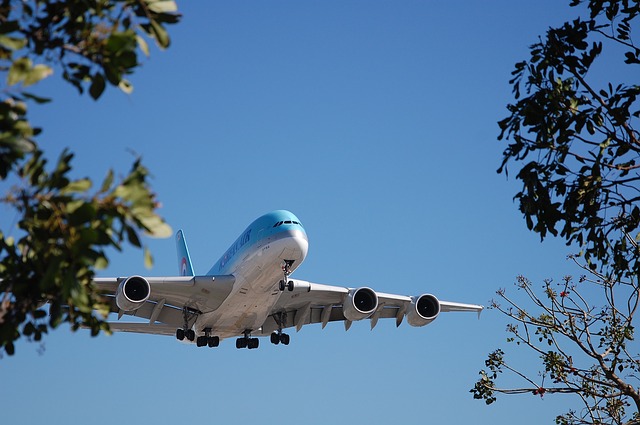 The truth is that in certain situations, fuel dumping turns out to be cheaper than the alternative! Most planes must be lighter when they land than when they take off, like more than 200,000 pounds lighter! The problem with landing is that it puts much more stress on a plane than take-off, that’s why the less weight a jetliner carries, the better. If a plane doesn’t use a certain amount of fuel before landing, it might hit the ground too hard, which can lead to some serious damage.

On the other hand, pilots don’t usually have to worry about too much fuel in the tanks because the problem takes care of itself. During a flight, a commercial plane burns almost all the fuel, and by the time it arrives at the destination, it’s light enough, and ready for a safe landing. But from time to time, emergencies occur, and planes are forced to land way earlier than planned.

That’s when fuel dumping comes into play, and it usually happens right before landing. Let’s say that after take-off, Captain Kirk discovers that there’s an urgent maintenance problem, or a passenger has a medical emergency. Surely, pilots can burn fuel by flying around with the flaps or landing gear dropped. But obviously, this maneuver won’t save the day in case of a medical emergency when time is of the utmost importance.

That’s when it’s time to eject fuel. Few people know that most fuel is stored in the wings of an aircraft. That’s why, when a pilot flips a switch in the cockpit, a sophisticated system of pumps and valves comes into action, and special nozzles in the wings let out excess fuel. This amazing system can get rid of thousands of pounds of fuel a minute, and that’s exactly what you’re seeing from your window seat.

On the other hand, not all planes have this complicated system. For example, narrow-bodied planes like the Boeing 757 or Airbus A320 can’t dump fuel. This ability is more typical for more massive metal birds that have additional fuel tanks. But then, what alternatives do smaller planes have? Well, for them, the only way out is to land overweight.

Unfortunately, in this case, damage to the plane can be severe, and the repair – way costlier than it could be should the aircraft dump fuel. Besides, under such circumstances, a plane might be simply unable to stop in time. And if worst comes to the worst, an overweight landing might lead to a fire and result in a fuel explosion.

That’s why, if the plane’s construction allows it, pilots prefer to eject fuel rather than to risk people’s lives. In fact, fuel dumping isn’t a common procedure that happens regularly. That’s why air traffic controllers often help pilots in the process and keep them away from other planes. Ok, this is all well and good, but seriously, should I open my umbrella if a plane flies over in case it starts raining gasoline?

Related :  These Are the Most Expensive Things in the World

You can relax; there’s nothing to worry about. Most fuel evaporates while still in the air and never hits the ground. However, it’s more likely to happen on a warm day, or when a plane ejects fuel high up in the sky – ideally, more than 5,000 feet. It may seem terrible from an environmental pollution standpoint. But here’s one bitter truth: one way or another, when planes fly up there, all the fuel ends up in the atmosphere anyway.

By the way, every plane must carry more fuel than is necessary just to cover the distance from point A to point B. Before the departure, Captain Kirk has to make sure that the plane has enough fuel for all kinds of emergency situations. Therefore, there must be – trip fuel, which a plane needs to take off, climb to the cruising altitude, cruise, descend, and touch down
– Fuel needed if a plane will have to land at another airport;
– Reserve fuel;
– Fuel that can be used in unforeseen situations, for example, strong headwind or arrival delays;
– Taxi fuel, which a plane burns on the ground;
– And additional fuel for all kinds of emergencies, such as an engine failure.

Wow, that’s a lot. No wonder a plane has to get rid of this load before having a smooth landing! Here’s a story for you. On December 29, 2014, Virgin Atlantic Flight VS43, bound for Las Vegas, took off from Gatwick Airport. Shortly after, the pilots realized that the plane’s right-wing landing gear had gotten stuck and hadn’t retracted.

The only way out was to turn back and land at Gatwick. But the plane was a Boeing 747, also called a “jumbo jet” – a huge, four-engine machine. The fuel-laden aircraft was prepared for a long transatlantic flight and was way too heavy to land safely so shortly after the departure. And don’t forget about the malfunctioning set of wheels!

At first, the pilots brought the plane to an altitude of 10,000 feet to drop it sharply to dislodge the trapped gear. When that didn’t work, the plane started circling at a low altitude, burning fuel. The trick is that the closer to the ground, the more fuel a plane burns. Up high, at cruising altitude, the air is way thinner, and its resistance is weaker;that’s why aircraft don’t need as much fuel to keep moving.

Anyway, after circling for several hours, the pilots finally ejected enough kerosene over the territory of southern England to return to Gatwick. Luckily, even with the failed gear, they managed to land the plane smoothly, and more than 450 passengers and crew members were safe, with nothing more than minor injuries.

By the way, if you’re still wondering why on Earth fuel is kept in the wings, here’s the answer!First, it helps to reduce the stress airplane wings experience during take-off and climb- after all, they have to lift hundreds of tons up in the air. It puts so much stress on aircraft wing roots that they can literally bend upward! So, to reduce this stress, the wings get loaded with fuel, which makes them more rigid and heavier, and reduces the bending.

For example, the Airbus A380-800, the largest passenger plane nowadays, doesn’t have the center tank at all. Instead, each of its wings can hold more than 264,000 pounds of jet fuel. Anyway, one more reason for locating fuel tanks in the wings is to lighten the aircraft’s fuselage, which reduces the pressure on the wing roots as well.

Have you ever seen a plane dumping fuel? Let me know down in the comments.