Why Planes Turn Off the Lights During Landing –  Do you wonder why Flight Attendants always give us the same instructions before take-off and landing? Some of them sound strange and seem to have no logic. Like, why do we need to open window shades or sit in darkness for flights at night? Pilots have their own window to look through, and they can’t even see if it’s dark or not in the passenger cabin. What gives?

Well trust me, all the instructions we follow have a good explanation. And that’s for our own security. Let’s see how it works. Take-off and landing are the most dangerous moments of the whole flight. Airplanes seldom crash in the air; the pilots can easily control the aircraft at a high altitude, or even in a turbulence zone.

Usually it’s as simple as ABC for them. Most crashes actually occur when the plane is rising above the airport, or is touching back down on the runway. That’s why so much attention is paid to everything that’s related to the safety of the take-off and landing processes. That being said, there are 2 reasons why the crew dims the lights: 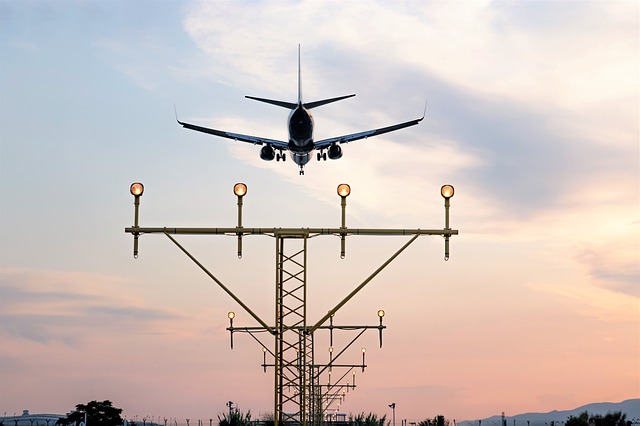 The lights are turned off so that nothing interferes with the generator’s work when it’s under the most stress. And come on, one can do without bright lights for 20 minutes. But there’s one more important reason. The human eye is built in a special way. When the light around us rapidly changes from very bright to dark, it takes some time for us to get used to it.

Say, if you’re in a dark room and someone turns on the light, you’ll have to narrow your eyes, and it’ll be difficult to see anything for 10-20 seconds. Or, we can all remember coming into a dimly lit house after playing outside in the bright white snow and sunlight as a kid, (well we had snow) and not being able to see a thing until our eyes adjusted to the change.

Within a few minutes we could make out the contours of furniture, or the dog sleeping on the couch. But you might wonder: what does that have to do with the safety of a flight? Well, the crew dims the light in the cabin on a nighttime flight so that the passengers’eyes get used to the outside darkness.

Pilots say that in case of an emergency, if it’s necessary to leave the cabin immediately, people will do it faster if there’s no contrast between the light inside the cabin and outside it. Your eyes won’t need time to adjust to see the little floor lights that guide you to the exits. That’s why using your gadgets with a bright screen is also not allowed. Imagine that you’re taking a night flight.

You take your seat and there’s a bright light in the cabin, and it’s pitch-dark outside. You’re reading a magazine or surfing the internet. The plane starts taxiing, gains speed but then there’re strange noises, crash, boom,bang, and the plane stops. Flight attendants start evacuating passengers. If there’s a fire, the crew must help everyone out in 1.5 minutes.

After these 90 seconds, it’s next to impossible to leave the plane safe and sound. But you can’t just get off the plane – there might be fire near the exit. That’s why, before opening the door, you have to make sure there’s nothing dangerous behind it: flames, leaking fuel, wreckages blocking the way, etc.

The crew must analyze if it’s safe to evacuate people through this exit, or if they need to open the ones on the other side. If the lights are on in this situation, they’ll have to peer through the window to try to figure it out. Remember, it’s pitch-dark outside, and your eyes aren’t used to it. If everyone had gotten used to low light conditions before the accident happened, you’d see about 1,000 times better, compared to if you were suddenly plunged into the darkness.

Related :  What Small Triangles Above Your Airplane Seats Mean

That’s why dimming the light is necessary. By the way, pirates had their own way to deal with the specifics of our sight. When they attacked ships, they had to move quickly from the deck to the hull and back, and be ready to fight at every moment. The contrast between the light on the deck and the darkness inside the ship would make them blind and helpless.

That’s why they used to wear an eye patch, which kept one of their eyes in pitch darkness. When they went down to the basement, they would just lift it up and see perfectly with that eye right away. Did you know that? Or maybe you thought that all the pirates lost one of their eyes in battle? Anyway, passengers don’t have eye patches, aarrrrrr! and need to be patient for their own good.

Ok, so what about the other instructions? Passengers should stay in their seats with seat belts fastened, the back of their seats in a vertical position, and tray tables locked. It’s clear that staying in your seat with a fastened seatbelt is crucial for security,but why does the seat back have to be straight? This one is easy.

The vertical position of the back makes it easier for you and other passengers to get around. In case of an emergency, this position is also safer for you and the passenger behind you, since the risk of trauma to the head and neck is much lower this way. The same is true of tray tables: they can harm you if the plane shakes unexpectedly; and block the way if you need to leave your seat immediately.

Flight Attendants also always ask passengers to keep window shades open during take off and landing. If you think that they want you to enjoy the nice views outside the cabin, try again. This instruction is also necessary in case of an emergency during taxiing, take off,or landing. First, the crew and passengers themselves might notice something unusual happening to the plane, like flames or an engine explosion, if the shades are open.

Related :  Benefits of eating turmeric everyday see what happens to you

Pilots say that passengers are curious; they’re perfect for an extra set of eyes to see if something goes wrong out there. Usually passengers report stuff right away. Second, the ground services watch the plane during take-off and landing, and they canal so see if assistance is needed through the cabin windows.

In case of an emergency, every minute counts, and it’s important that the ground services know that something has gone wrong right away. Plastic shades can also cause different injuries: in the case of a crash landing, the plastic can break into sharp pieces, which can cut your face, hands or other body parts.

Another necessary rule during flights is not using mobile or other electronic devices. The truth is that they’re not really dangerous for the airplane radio. The frequency used for on board radio systems is different from those our everyday technical devices work on. The root of this instruction is in the past, when the navigational system wasn’t protected well enough from interference.

Switched on cell phones could break the signal when a pilot talked to a flight operation officer, or make it difficult to watch the plane during its flight. Navigational devices could become scrambled and give incorrect information. Both cell phones and airplane systems have become more advanced since that time.

Most researches show that switched on electronic devices don’t influence modern navigation. So, in 2014, this rule was officially called off. Some airlines still stick to it, though, mainly out of habit. It’s just a question of time before it’s no longer used anywhere. Well, now you know that all the instructions given by flight attendants have a logical explanation and are meant for your own safety!

Remember that when you don’t fasten your seatbelt, stand up trying to get something from your carry-on, or close the window shade, you’re breaking the security rules and making the flight attendants come up to you and risk their safety too. Do you know any other interesting facts about airplane security? Let me know down in the comments.