Why Trains Are So Expensive – Have you noticed, when shopping for travel tickets, you occasionally come across prices that defy logic. All the time! For instance, you can get to your destination in 1 hour by plane or take a train for 7 hours and pay way more money! How are these fares fair? And how would you fair with these fares? I think it’s fair to say that there’s a bigger question about un-fair fares: how do these passenger rail companies stay in business if air travel is faster AND cheaper?! Well, trains do have their perks.

The obvious benefits are catching it right in the city versus having to fight traffic all the way to the airport. You can also take as many liquids with you as your heart desires, you don’t have toworry about bad weather delaying your trip, and there’s no stress at all if you’re afraid of flying! Environmentalists will also say that using clean electric power is much better than spraying exhaust fumes across the sky.

All this sounds great and justifiable, but the real explanations behind why train tickets cost so much have less to do with comfort and emotions and more about practicality…When you travel by plane, it takes off at a certain airport and lands at another. These planes need maintenance, and airports are packed with staff, no doubt.

But the journey itself, no matter how long it is, happens up in the air, which needs no physical maintenance. Trains, however, run on tracks. Duh!And to be able to move on those at high speeds, or even move on them at all, the tracks need to be in good condition. This maintenance includes changing sleepers, adjusting switches, tightening any loose components, and keeping straight parts straight and curved parts curved within limits. 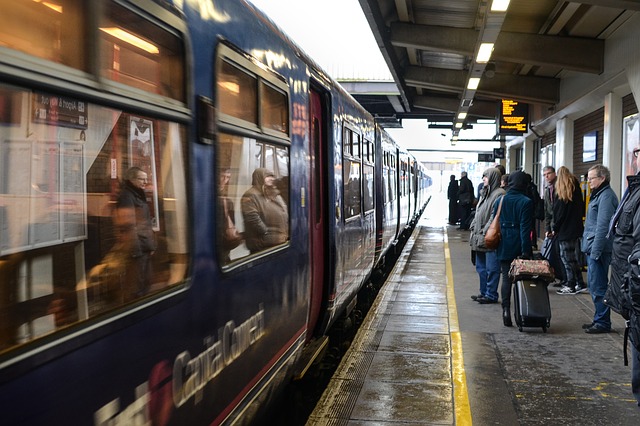 There’s even the little yet important job of spraying the ballast with herbicides so that weeds don’t grow through it. From time to time, sections of tracks and ballast need to be renewed. While most of this work is now done by specialized machines, the materials and those machines don’t come cheap!

Taking care of a small section is already a lot, but think of how many tracks a national railroad service has! Amtrak, for example, owns 730 miles of its tracks and rents an additional 20,000 miles. That means they have to pay the owners for any maintenance costs. Expanding the route network and building new tracks is extremely expensive as well – just 1 mile costs over a million bucks! The trains themselves come with a hefty price tag too.

Just 1 locomotive traveling from DC to New York will run you about $6. 5 million if you’re interested in buying! Not nearly as expensive as a plane, but still a lot! Add 8 passenger cars worth $400,000 each, and you’ll see that this train costs nearly$10 million buckeroos! No one wants to travel in old cars with broken door handles or other parts, so every now and then, they have to be fixed and eventually replaced at some point.

The largest expense, however, is not the tracks or the trains – it’s the people servicing them. Now, think about it: when you’re traveling by plane, depending on its size, you’ll usually be accompanied by about 5 friendly flight attendants and 2 pilots. They’ll be taking good care of you for an hour and a half on a flight from LA to San Francisco. Of course, they get paid for that time.

Amtrak workers on the same route will work for 9 hours and get paid accordingly. It gets even more interesting if you look at a trip from LA to DC. You’d spend 5 hours in the air but 2 whole days on a train! I’d opt for the plane in this case, but what would you choose? Any long train-ride fans out there? Let me know in the comments below! Anyway, that’s a huge difference in pay hours.

Now multiply all those hours by the number of people working for rail companies. It’s not just the train attendants, but all kinds of jobs that come together to make your railroad experience smooth. Amtrak has 20,000 employees. Together, they service the 87,000 passengers that travel on more than 300 trains everyday.

That’s about 1 staff member for every 4 passengers. And because they’re all highly skilled professionals, they expect good money for their work. Wouldn’t you? So, while they spend lots of money on great staff and vehicle maintenance, how much do passenger train companies actually make? Let’s see…One of the most popular routes in the US is the commute from DC to New York.

Related :  9 Questions That Always Keep Me Up at Night

You can get a ticket for $75, give or take depending on how far in advance you book the trip. – One-third of this price goes to staff salaries. – Another 12% is train car costs. – Maintenance of rails makes up another 5%. But all this stuff I’ve talked about so far is just half of the ticket price.

Where does the rest of the money go? Is it pure profit? Nope, there’s more!- Like any company, and in this case a huge one, Amtrak needs to pay someone to run the business. So, 3% of the ticket price is used to cover administrative costs. – Even though everyone knows their name, Amtrak still has to advertise good deals and new rides. That’s another 2% of the cost. – There are also settlement fees the company has to bear.

Yes, trains are an incredibly safe kind of transportation. But accidents still happen, and around 1% of that ticket cost would go to those who get affected by them. – Different minor costs eat another 8% of the ticket value. In the end, you can see that the profit for the company is roughly 35% of the average price for this ride. And that’s just on one of the most popular and profitable routes.

The more passengers it gets and the faster and more frequently it travels, the more profitable the route is. But not all of the company’s 500 routes bring in big bucks. There are other less bustling destinations that operate at a loss. Charging more for a ride in one of the busy routes doesn’t help compensate for that difference either. So despite those fares that seem crazy expensive, Amtrak has operational losses every year.

Things are easier for railroads in Europe because they have smaller territories to cover and connect with tracks, and much more passengers and trains traveling on those lines. The same is true for Japan. The whole country is about the size of California, and they keep building high-speed networks that are a profitable business.

Now, if your regular train fare still seems overpriced to you, then you might feel a little better after hearing about a few of the most expensive rides in the world!

– The Maharajas Express Luxury Train, India The name says it all! This luxury train travels across Northwest and Central India and goes through most of the major tourist spots of the country. It consists of 23 cars and is basically a temporary palace for 88 guests. And for those who somehow get bored of the gorgeous views on the outside, there’s an LCD TV and Wi-Fi in every cabin. If you feel like experiencing the life of a Maharaja  , then be prepared to pay a princely sum of $3,800 per person for a ride that lasts 4 days and 3 nights.

– The Golden Eagle Trans-Siberian Express, Russia This ride fit for Russian tsars starts in Moscow and goes all the way across the world’s largest country to the eastern city of Vladivostok in 15 days and 14 nights. Passengers can choose between Imperial Suites and Gold and Silver Class cabins. Suites have king-sized beds, a vanity, and a private shower. Cabins that are a bit less luxurious still have air-conditioning, a wardrobe, music,and videos to keep guests entertained. Even though prices start at roughly $13,000 for the entire ride, trips must be booked well in advance.

– Royal Scotsman, the UK Unless you’re friends with the royal family and get personal invites to their festive receptions, you’ll definitely be amazed by a ride with the Royal Scotsman. The shortest possible tour lasts 3 days, and costs start at around $3,000 per passenger. There are just 16 double cabins in the sleeping cars and 4 single ones making the entire train a temporary luxury home for 36 guests. There’s a private bathroom, proper wardrobe and vanity, and, of course, super comfortable beds in each of the cabins. The observation car with an open deck is an added bonus to enjoy the scenery in style. Do these fares seem fair to you?