Why You Should Never Sit On a Public Toilet – If you want to make a germaphobe lose his or her mind suggest a trip to the public restroom. Even many of the general population consider areas of their own bathrooms bad enough, not to mention one filled with what remains of other’s feces and urine. Beyond this, there is the fear that you could end up with a disease by touching contaminated door knobs and sinks, and particularly by sitting on toilets.

Are these fears justified or is the public restroom an inaccurately vilified location? Let’s find out in this episode of the Infographics Show, Why You Should Never Sit on a Public Toilet. So, before we continue, if you’re eating anything you might want to put it down. And, if you’re in a public restroom, for the benefit of others around, please consider lowering the volume. Now, let’s begin our toilet-based conversation.

But, let’s start from the beginning. When you first enter the restroom and are wondering which stall to enter, you may be exposed to fewer germs if you pick the first one. This is because of the human tendency to seek the stall furthest from the door and away from prying eyes. Also, possibly to better disguise unpleasant odors or sounds, but as we all know, these efforts are largely unsuccessful. 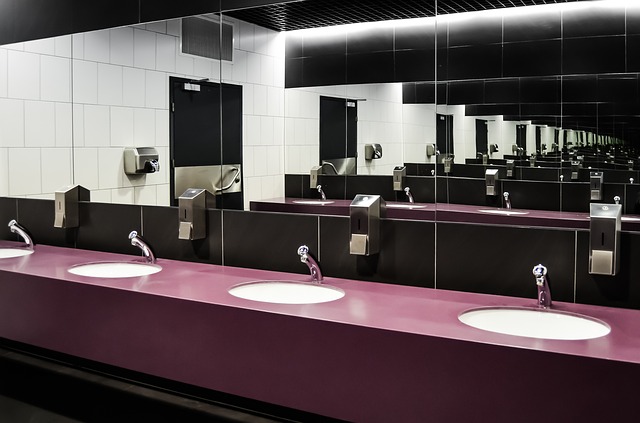 Now, as far as the toilet itself here’s what you should know. Not all toilets are equal. The typical toilet in your bathroom at home, for example, should come with a lid. This really is a nifty thing with quite an important purpose, and we’re hoping you use it on a daily basis for reasons we’ll explain in a moment.

Now think of the toilets in public restrooms, which more often than not are completely lidless. This creates quite a problem when those who used the toilet before you finished their business. The act of flushing creates a toilet plume, which is almost an attractive sounding wayto describe airborne mists of feces.

While your covered toilet at home will trap this flying debris, without a lid it’s free to fly everywhere within 6 feet. What this means is that tiny pieces of people’s poop will land on all surfaces of the stall,from the toilet to the floors and even the walls. On the seat itself this results in a few hundred bacteria per square centimeter.

Related :  15 Natural Ways to Get Rid of Mosquitoes in Your Yard

There are between 500 to a couple thousand for each square centimeter of the remaining stall. The smaller number is if it is cleaned regularly and the larger if only very occasionally,which unless a schedule is posted somewhere inside you will never really know. While this sounds incredibly gross, and we agree, it is, we must put this into a bit of perspective.

Skin may have as many as hundreds of thousands of microscopic germs per square centimeter,so in comparison the toilet’s numbers are not large at all. Then again, we assume that most of the germs on our skin’s surface do not originate from the poop of others. So, this is a bit like comparing apples to oranges. Really gross, nasty, rotten oranges.

But wait, there’s more. You should know that toilet seat covers offer little of a barrier at all. In fact, they are highly absorbent and full of relatively large holes compared to the sizes of viruses and bacteria. In other words, both can travel right on through. Not to mention, the first cover you snatch that had any areas exposed to air may also have been contaminated by the spray of fecal matter.

And for those who think they can avoid germs with toilet paper on the seat, they better think again. Experts claim that toilet paper only gives germs more area to grow and multiply over. So do seat covers, for that matter. Further, similarly to the seat covers, those pesky toilet plumes will likely have landed on parts of the roll not protected by a dispenser.

Now that you know that there are germs on the seat and covering it isn’t very helpful, you may be considering hovering in a last desperate attempt to remain clean. Yes, some people can pull it off where they ride out a bowel movement in a full squat,though others will have to work first on building their endurance.

Well, while squatting, and in fact it can also happen sitting down, you may go number two and find the water came back up and splashed you. This could put you at risk. Because germs will be present and hit you in your private exposed regions, it could potentially result in some type of infection. Experts do suggest that the risk is very small, but there certainly is one nonetheless.

And it is higher than skin exposure in further away areas that are in contact with the toilet seat. So, now, you may decide that there’s just no winning and to sit on that darn seat and be done with it. In this case, you are probably wondering, beyond fecal matter, what your risk of any type of an infection is.

Well, picking up things like herpes simplex virus, human papilloma virus, gonorrhea, orchlamydia are ruled by doctors as unlikely. However, while some say you are completely safe others claim the chances, while small,are still there. While organisms cannot survive for more than seconds to minutes, in crowded conditions or when you sprint in after a particularly bean-y burrito, it is possible you may sit somewhere where disease lingers.

And if someone is not neat and fails to wipe the seat you may even sit in their urine. This could pose further problems. Things like trichomonas that live in the urinary tract could potentially survive in droplets of pee. However, in all of these instances it takes more than just a microorganism coming into contact with the skin of your thighs and bottom.

You will need to have some kind of injury such as a cut, break, or abrasion or disease will have to somehow reach the cervix or urethra for it to gain entry to your body. Although there is always a super tiny chance that something like chlamydia in some urine could be transferred via contact with your hands into the cornea of your eye.

But none of these things are very likely. And, believe it or not, when intact, your skin is great barrier to many infections. So now that you will never see the public restroom the same way again, let us tell you how to make it a safer experience. For peace of mind you can carry disinfectant wipes to first wipe the seat before sitting down.

Don’t forget to discard dangling toilet paper or the first seat cover if using them to avoid fecal matter contamination. Also consider flushing the toilet with your foot, due to its proximity to the origin of the toilet plume and the fact that others are probably doing this also. Once you’ve flushed, if you’ve gone number two, hold your breath until you’ve left the stall.

Related :  You Have To Do This If You Want To Be Successful

Failure to this will mean that in addition to being covered in it you will be breathing in flying fecal matter. After walking away and leaving the offending toilet behind, you may feel that you can breathea sigh of relief. Not yet. It is at this point in your bathroom adventure that you are most likely to get sick.

Believe it or not, the sink is often the dirtiest object of all. Just think about it. After doing their business everyone grabs the sink’s knobs with their dirty hands before they begin to wash them. Not to mention, only a little over half of women wash correctly and men in this area are extraordinarily sloppy.

That’s right, just 30% of men, tops, use soap and scrub for the 15 to 20 seconds necessary. This is why handshakes can sometimes be dangerous things. But that’s another topic entirely. After you wash your hands and they are all nice and clean do not touch anything. Instead grab a paper towel or something else to protect your hand while turning the water off.

Hand dryers could end up blowing remaining contaminants from your hands into your face or recycle filthy air. So, friends, if you must use a hand dryer you should follow it up with some sanitizer. And by all means grab another towel before opening the door to exit and be on your way. Doors can also be downright filthy.

In the bathrooms of men, they are mostly coated with fecal bacteria. In women’s they have been found to have thriving colonies of yeast. And we’ll leave you with that comforting image in your head as we wrap up this discussion of why you should use caution with public toilet seats.

So, tell us, if you need to go and you’re far from home, what do you think you’ll do? Will you brave the public restroom or try to find somewhere nearby in the great outdoors to do your thing? Let us know in the comments.