You Make The Same Mistakes While Checking Your Weight – If you’ve tried to lose weight, you know about that scale addiction. How discouraging it was when the numbers didn’t move or, even worse, when they grew! Yow! But it might not be you, it might be the scale! (Or the way you weigh yourself, while you’re eating whey). That’s way too much, right?So, here are 18 mistakes you might be making while weighing yourself.

1. Not Taking the Weather Into Account.
Nope, I don’t mean that you can weigh more or less in particular weather. But your scale, on the other hand, might react to different weather conditions! Digital scales tend to show bigger numbers  not only when it’scold, but also when the humidity is high. So, keep that in mind during the next cold spike!

2. Weighing Yourself On Mondays.
Let’s be honest: I can’t count the number of times I’ve given in to comfort and junkfood temptations over the weekend. As a result, weighing myself on Monday only added to my new-working-week blues. The way out? Instead of hopping on the scale on Monday, try Friday morning – that’s when your weight will reflect all the healthy lifestyle efforts you made throughout the week! 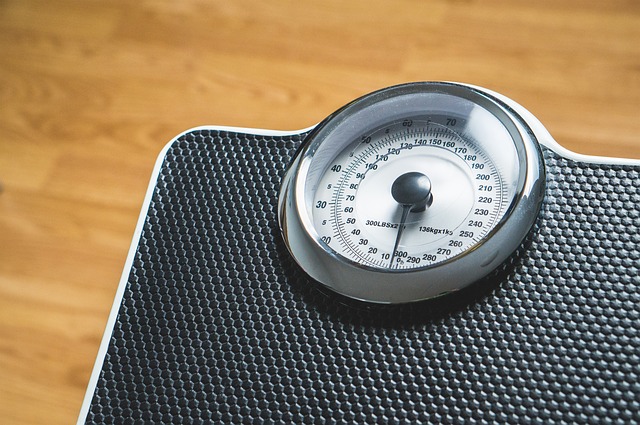 3. Weighing Yourself After a Shower.
For millions of people, their morning routine includes taking a shower and then checking their weight. But weighing yourself after a shower is a surefire way to start the day with disappointment! The largest organ in your body is your skin, and it also happens to absorb liquids really well. This means that after swimming or taking a shower, your body has absorbed 1 to 3 cups of water. Add here the weight of your hair – which is way heavier when it’s wet – and you’ll never check your weight after a shower again!

4. Weighing Yourself At Night.
If your favorite time to step on the scale is late in the evening, don’t get upset with your results! Look, by the evening, you’ve already eaten at least three meals, and drank a ton of water. So, keep in mind that your weight can fluctuate by a few pounds during the day, and weigh yourself in the morning – that’s when you’ll get the most accurate results.

Related :  How Does The Immune System Actually Work?

5. Weighing Yourself After a Workout.
Theoretically, it makes sense: after all, you’ve just burned tons of calories! Surely you must’ve lost some weight? Not really. The number on the scale might be smaller than usual, but that’s because you’ve been sweating. And for every 16 oz of sweat, you lose about 1 lb of your body weight. But it’s not calories or fat burned, it’s just excess water that was shed, and will return once you start drinking again. A much more effective and accurate way is to check your weight the morning after your workout.

6. Eating a Lot Of Sodium Before Weighing Yourself.
If you eat a lot of foods rich in sodium, your body starts to retain more fluid than usual. As a result, you’re more likely to see bigger numbers on the scale in the morning if you snacked on salty foods the night before. For example: fast food, or processed meat, like cold cuts, sausage, and bacon. Oh bacon…What about you? What’s your favorite salty snack to munch on at night? Let me know down in the comments!

7. Weighing Yourself Every Day.
Your weight can change from day to day by as much as 5 lbs – and that’s perfectly normal! It depends on how much liquid you’ve retained or what foods you’ve been eating. For example, if you’ve temporarily, but very enthusiastically, cut down on carbs,your weight will drop – but not permanently. As soon as you start eating carbs again, the lost pounds will return.

That’s why stepping on the scale every day can result in an unhealthy dependency on this device, which can lead to never-ending anxiety! And you know what? It makes your body develop a stress hormone called cortisol, which leads to fat and sugar cravings! Besides, by checking your weight every day, you don’t get the whole picture of what’s going on with your body.

8. Not Weighing Yourself Often Enough.
On the other hand, checking your weight only once a month isn’t a good idea either. This way, you won’t be able to figure out your weekly average, and understand which factors influence your weight fluctuations.

9. Using Different Scales.
You might have several scales at home, or maybe you use your personal scale in the bathroom and a scale in the gym. Whatever the case, different scales are bound to give you conflicting results. And the difference can be up to 10 lbs, which is pretty discouraging, isn’t it?

10. Putting the Scale In the Wrong Place.
Your scale can show you the wrong numbers simply because it stands on the wrong surface! Carpets, bathroom tiles and wooden floors can cause the scale to get uncalibrated. So, put your scale on a flat, hard surface to get the right numbers.

11. Using a Digital Scale.
Admittedly, digital scales are as common nowadays as they are convenient. As for their accuracy? Not so sure. The truth is that it’s all too easy to cause your digital scale to become uncalibrated,even if you move it just a little bit. That’s why you have to calibrate a digital scale every morning. Otherwise, you can’t trust it.

12. Being Too Emotionally Invested.
If what you see on the scale upsets you a bit too much for your liking, it’s time to revise your approach. Remind yourself that these readings are temporary, and you shouldn’t judge your entire weight-loss progress based solely on these numbers. In the long run, it’s not about the weight itself, but about the healthy habits you bring into your life. Concentrate on these positive changes, and your weight will eventually take care of itself.

13. Weighing Yourself At Different Times.
It makes sense that if you weigh yourself in the afternoon on Tuesday, in the evening on Thursday, and in the morning on Saturday, you’ll see very different, and undoubtedly confusing, results. To avoid inexplicable and upsetting weight fluctuations, make it a rule to always check how many pounds you’ve lost at the same time in the morning.

14. Weighing Yourself With Your Clothes On.
It’s one of the biggest mistakes you can make while checking your weight. The thing is that few people who weigh themselves at home know how to adjust for their clothing. As a result, they tend to assume that their clothing weighs way more than it actually does. So, hop on the scale with minimum clothes on, or make a weight adjustment of minus 1.75 lbs if you’re a woman, and 2.5 lbs if you’re a man. Or just do it naked, and skip all the math!

Related :  Walk Barefoot for 5 Mins a Day, See What Happens to Your Body

15. Not Listening To Your Body.
Being dependent on the numbers on the scale will take you nowhere. Instead, try to get more in tune with your body. Even if your scale shows that you’ve gained a couple of pounds, but you feel lighter, and your clothes have become looser, ignore the scale readings.

16. Not Taking Body Composition Into Account.
You can’t even imagine how many people overlook such a crucial health-and-fitness parameter as body composition. Sure, you need to monitor and keep control of your body mass index, but don’t forget about body fat percentage as well. For example, a really muscular person can be considered “overweight” according to a weight and height chart.

But if we take into account their body composition analysis, with a more than healthy body fat percentage, this person would have a perfectly appropriate weight. On the other hand, someone who seems slim can be carrying an excessive amount of body fat.

17. Using a Scale That Doesn’t Calculate All the Stats.
For that matter, try to get a scale that shows different measurements: weight, body fat percentage, body water percentage, bone mass density, and BMI. If you can find one that also plays disco tunes, like “Stay in’ Alive”, well — that’seven better.

18. Using an Inaccurate Scale.
A lot of people, in an attempt to save money, buy the cheapest scale they can find. Unfortunately, these scales tend to give you incorrect readings. Besides, they break way more often than more expensive, high-quality ones. Better invest in a digital scale which tends to give more reliable results than spring scales, and read feedback before buying the model you’ve chosen. Finally, I wanted to talk about Fish Scales and Snake Scales, but I’ve run out of time, so those will have to wait…